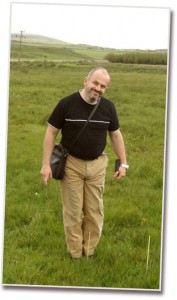 A few days ago I received a fantastic Christmas gift, I almost could not believe it. I got an e-mail from Serge who was asking me if I wanted to join the malt maniacs. To be honest, at first I could’t help thinking of some kind of Alsacian joke, sorry Serge. For me it was a complete surprise. I happened to know some of the maniacs through whisky events around Europe; the Whisky Fair in Limburg acts as a magnet 😉 butI never thought of myself as a ‘maniac’ before. However, I have hosted many whisky tasting at home and started to be known as the group “whisky connoisseur”. I guess that now that I am a maniac I have a real reputation to uphold 😉

I would like to use the opportunity to tell a little bit about myself and how I learned about malt whisky. I’m Swiss from Geneva, and I’m a accountant, running my little company. Geneva is in the French part of Switzerland. As you may know there is four language parts to Switzerland, German, French, Italian and Rumantsch, which is a mix of Latin, German and Italian. Even if Switzerland is in the middle of Europe, we liked very much our independence. However, being a small fish make exchanging with the world all to the more mandatory. I think, that this specific surrounding helped me a lot, because it’s make natural to me to share thing with other people, that is to say whisky, wine and about everything.

I started as a wine enthusiast but when my wine fridge was full I have to look for something else. it was in the mid 90’s (1995 to be precise), by cheer luck my wine merchant was a great connoisseur in whisky, so I bought myself a bottle of the Lagavulin 16yo found it very much up to my taste. At that time I was very rational and I think to myself, well whisky is a huge world (I didn’t know at that time how true it was) and I decided to concentrate on the Islands thinking that it’ll be easier to come around. So my next purchase was a Talisker 1959 Connoisseurs Choice Black Label and the final version of the Black Bowmore. I found it really really good and became an addict to the beverage. One year later I had completed my Island tour and I though of stopping here.

Then my merchant said that they were a lot of other bottling, so I started to buy many different bottling from the Islands (please note that till the end of the 90’s I haven’t tried a “continental” whisky). And in 2001 I jumped on the continent and started a frantic journey around whisky. I met many friend and especially two Alsatians (Serge and Olivier) who embarked me with them for an Islay Festival and make me try and take note of an array of wonderful whisky, heartful thanks to both of you.

It’s now five years that I’m very involved in the whisky, reading a lot about it, talking to very knowingly persons. Living in Geneva is a fantastic way of knowing the world and other human beings, because Geneva is a privileged international city, as we share the UN headquarters with New York, and many internationals organisations have their headquarters here. Even if my name is of German origin I never learned German, I learned Italian instead (at that time, I didn’t know how useful it’ll be in the whisky world).

Now, some more background information regarding me. I’m, for the moment single. Some other interests are archaeology (I volunteered three time during my holiday one in France for a Neolithic site and twice in Israel in a place called Tel Yarmuth) all three were fantastic experiments, unfortunately I didn’t found the time to do that again. My other interest lay with science in general, I like to read scientific magazines either in French or in English, I think it’s important to know a lot about new technologies end there possible side effects.

Now let’s talk about whisky again. I’ve started with the peated one and since that time I remain very attached to that type, but having said that, the more I learned the more I found marvels in the whisky spectrum. I’d like to say that whisky was always part of my life, but it’s a fairy tale, It’s was pure luck and for a long time I always kept a preeminence for wine (I still continue to follow wine tasting, subscribe to a wine magazine). My discovery with whisky was fortunate to say the least, as my wine merchant was also a whisky freaks, and I followed lot of whisky tasting organized in his shop (I remembered a Cadenhead’s tasting because it was the opportunity for me to taste, at that time, many unknown name like Ardbeg and Bowmore). Then I follow suite organizing nice whisky tasting at home, promoting the whisky I liked (e.g. Port Ellen, Bowmore, Ardbeg, Caol Ila to name but few). My interest grew wild and become a passion when I started to participate in whisky events worldwide like Limburg festival, Islay Festival, Whisky Live Belgium and Paris and Lindores Whisky Festival. On this events I met many fascinating people notably the Malt Maniacs and learn a lot with them. As I started to have a small knowledge, I met some distillery manager’s like John Campbell Laphroaig distillery manager and some others.

Now, I feel ready to make many more discoveries in the whisky world as a certiefied Malt Maniac.