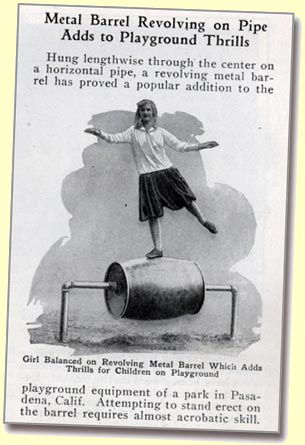 In the old days, a distiller would put his new spirit into just any old casks he would find, and then leave it to ‘the magic of ageing’. Then, after quite some years, he would try his casks and hand select the ones that worked best, and vat/bottle them as single malt.

That’s how most great malts were produced, they were more or less luck’s work. And almost always, the origin of the cask was simply unknown, especially when it had been recoopered (hogsheads). ‘European’ or ‘American’ was often the only way of characterising a cask, unless, of course, it had a specific shape such as butt or a puncheon (with the notable exception of Macallan and their former ‘everything sherry’ option.) Sometimes, we Malt Maniacs would then discover a ’90+ point’ malt within a distiller or a bottler’s range, which would not prevent any of its sister cask from scoring a meagre 75 points.

But things changed and are still changing it seems, as we find more and more ‘modern’ whiskies on the shelves. ‘Modern whisky’ is a wording we sometimes use in our tasting notes. Modern whisky is whisky that’s been made using ‘modern’ methods (yeah we’re clever), that is to say that much more attention has been given to cask management.

Using new oak or first fill only, monitoring the ‘toasting or charring’ very closely, using multiple types of custom-made casks within a batch (new oak, wine casks, heavy charring for some etc.) so that the final product is much less dependent on ‘random ageing’ (magic?) and also more flavourful and more consistent… And, above all, much quicker to ‘mature’.

Batches, whether very young or old yet somewhat immature, may also often be re-racked, that is to say put into very active casks for a short while before bottling. That often leads the distillers to drop any age statement, especially when the younger whisky in the vatting is young, as the average consumer still thinks that whisky has to be old to be good.

We may also wonder if parts of the blenders’ prerogatives will not be shifted towards the ‘cask engineers’ in this new system, unless both are the very same persons. After all, Glenmorangie’s excellent Dr Lumsden himself does not hesitate to talk about ‘wood technology’! These modern whiskies are usually good, sweet, spicy, fruity and compact, quite straightforward but not too complex. They are very different from most finished whiskies (we sometimes call the latter patched whiskies – privately of course) but we observed that some distilleries or bottlers, after having wandered off quite a bit with their various trials with wine wood, finally managed to find combos that worked. Longrow’s ‘Gaja’ 7yo springs to mind. Let’s only hope that the Scots will stick with there best combos in the future and not restart the ‘machine gun’, that is to say use just any wine casks they can put their hands on and bottle dozens of ‘trials’ under the ‘we just wanted to offer more variety’ claim.

One may also consider that the exclusive use of first fill bourbon casks at some distilleries also imparts their outputs these ‘modern’ tastes, that is to say more vanilla and more sweetness, with touches of ginger, white pepper and nutmeg. All that may be good news for the general quality of the Scottish distilleries’ output, but may also lead to more uniformity, with many distilleries producing more or less the same whiskies because ‘heavy and quick’ wood treatment would overwhelm the spirit’s original profile and rarely let it shine through. The future will tell.

What’s sure is that whilst in the old days it wasn’t unusual for us to find casks that scored from 75 to, say 92 points within a distillery’s production from the same vintage, the scale gets now much narrower, that is to say that our scores for ‘modern whiskies’ usually range between 82 and 87 points. In other words, good news at the lower end of the scale, but bad news at the higher end…

It seems that as far as Scotch whisky is concerned, you just can’t computerise magic.