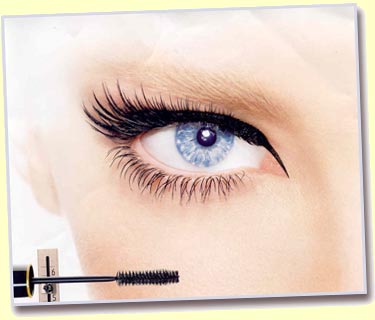 Well, now that I have your attention, let me explain a little of the history of distillation to make clear my point. When I first developed this text- book obsession with all things whisky, my first foray was into the internet jungle of whisky websites.  So many of them came up, I wasn’t sure where I’d learned this tid-bit or that.  Of course, it became clear that there were really only two or three sites worth visiting regularly, including the Malt Maniacs, of course!

One common thread to all of these sites was a brief history of distillation, usually mentioning Rhazes, a persian scholar living in Baghdad (850-925 AD), who codified the art of distillation.  This and many other principles were laid out in his tome Secret of secrets.  Terms such as al-ambiq were eventually accepted as the working language of western science, eventually becoming “alembic”, meaning still apparatus. This of course struck a chord, since I’m half arab, and a chemist to boot.  I immediately remembered reading about the history of distillation in the Fontana History of Chemistry a decade ago.

The earliest types of distillation were carried out mainly to extract the essences from plant matter to be used in perfumes or medicines.  It is thought that the earliest examples of this took place in Egypt ca. 3000 BC.  The general principle was always to heat a liquid to the point where a vapour was generated, then to condense it after coming into contact with the plant matter.  The condensate was then collected for use.

Now here is where it gets interesting.  Of great interest in the ancient world was the “elixir of life” (sounds a lot like the water of life!), otherwise known as the “philosopher’s stone”, which contained potable gold.  The purification of gold used a process where a pot was used to heat the raw ore until it melted.  To the ore was added antimony sulfide and the mixture was roasted until a thick black cake began to float on the molten gold.  This thick black cake was then skimmed off and the process repeated until what remained was purified gold for use in jewelry or other finery.  Oddly, the Egyptians seem to have used this black powder in their trademark eye-shadow, perhaps attributing its relationship with gold as something sacred.  Their word for this black masquara was the same name used to refer to the black cake which was removed during the roasting of the gold, kohol.

Time for some Chinese kudos!  They had developed a method for the concentration and purification of wines and beers that was first recorded in 200 AD.  They used a repeated cycle of freezing the liquid, then filtering off the water crystals.  Subsequently, as ancient distillation technology made it’s way with trade to China from the orient, the use of al-ambiq to purify these mixtures was inevitable and was carried out in the fourth century AD.

Following the crusades, much of the muslim empire’s science and technology were brought back to Europe, whereupon religious scholars sought to use this new technique to isolate the essences found in God’s creation.   Alembic distillation was used to purify and isolate the various substances in mixtures, often with the “fatty, oily” substances boiling and condensing at the top (just as the undesirable waste product of gold purification).  As Europe further emerged from the Dark Ages, the same knowledge that was preserved by academic monks was also put to use purifying beers and wines.  The “essences”, or “heavenly vapours” that resulted were discovered to be the substance directly responsible for the “relaxing” properties of those beverages.  Using the old arab terminology, the heavenly essences which rose to the top as a result of heating was referred to as al-kohol, “the floating black cake”.

I often find it interesting that an undesirable waste product, also used as eye-shadow made it’s way into scientific nomenclature.  Equally interesting is how we in the West, doing what we do best, took this term and reinterpreted it to suit our own spiritual view of the world.  What distillation represented for one culture, the purging of undesirable qualities in gold, became for us the quest for essences, heavenly vapours, or so-called “spirits”.  Al-kohol became alcohol, and the quest for the aqua-vitae, the water of life, or the philosopher’s stone has been taken up by our master distillers the world over.

Single malt scotch whisky for me represents that quest for perfection, purity, beauty, and balance.  It isn’t about inebriation or conspicuous consumption, it’s about a celebration of the senses and a search for the best that the universe can offer us. I often consider myself a cultural descendant of the Chinese, Arabs, Egyptians, and academic monks who pioneered this quest.  However I much prefer putting a nice dram of single malt al-kohol on my tongue rather than around my eyes!