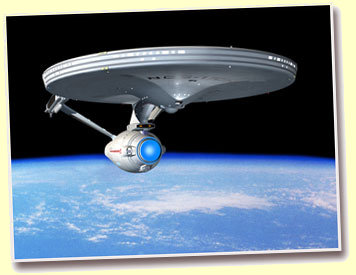 The distance between Kingston and Roy Thompson Hall, in Toronto, where the Spirit of Toronto (SofT) took place this last May, is but 256 km or about 2.5 hours by car.  However, for a husband and father of two young girls, it can sometimes seem light-years away.  The first phase of the trip is actually persuading your wife that the SofT is simply one of the best home-grown whisky festivals of its kind.  In my case, I also had to throw in that it was very important to connect with my fellow Malt Maniacs, the opportunities for this being so few and far between.  Finally, there is the economic argument: in order for me to taste these whiskies on my own, it would cost me ten times as much. Even after this pretty slick sales pitch, she still gave me an eye-roll that I immediately recognized as “you’re such a nerd, how did I ever end up with you?!”, in a loving sort of way, of course.

My wife’s reaction was the same one many women used to give me when I was eighteen years old, in secondary school.  I was a consummate Star Trek fan back then.  I also did not enjoy the pleasure of many dates with members of the female persuasion…not a big surprise! Nonetheless, on the day that SofT took place, Edan Williams (a fellow whisky lover) and I were in the car on our way to the tasting when we began to ponder the similarities between my past love of Trek and my current obsession with whisky.

As we approached our destination, my anticipation had become almost uncontainable, much the way it had back in 1987, in Dearborn, Michigan…at my last Star Trek convention.  By the time we’d hit the exit for the Don Valley Parkway (or Parking-lot as we like to call it), we had come to the conclusion that being a whisky connoisseur was really not unlike being a Trekkie.  Allow me to explain this comparison with my top 10 reasons why Star Trek fans are like whisky connoisseurs:

#10  Both groups argue incessantly amongst themselves on the web, in forums, over things like “screw caps or corks, which is better?”.
#9   They both hold conventions, though the whisky connoisseurs call these “tastings”…sometimes on the aforementioned forum.
#8   Both groups are predominantly male.  Female members of the group are rare, highly valued, and sought after.
#7   Members frequently try to perfect a good Scottish accent, this is usually restricted to the Star Trek fans who think Mr. Scott was tops. 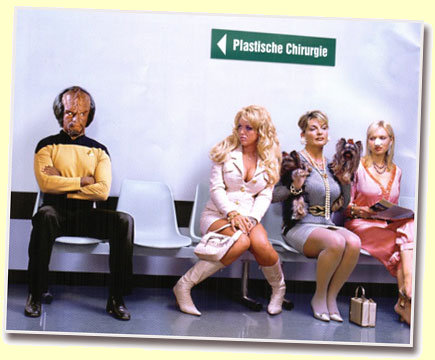 #6   Both types of convention can be expensive, though listening to live jazz is worth the expense and is WAY better than listening to Leonard Nimoy and William Shatner on their 60’s album Spaced Out
#5   These folks take a lot of time to perfect a language that is not their own.  They often greet or toast each other in this language.  The whisky lovers have a leg up here because at least the language they are trying to learn is a real one, unlike Klingon.  Did you know Slainte is pronounced van lI’ pIv in standard Klingon?
#4  They will ridicule you for not pronouncing said language properly. Klingon poseurs will threaten you with plastic bat-leths.
#3  When both groups meet a celebrity at a convention, they often fawn, drool, and some ask mundane questions like “don’t you think that A’bunadh batch #20 was way better than  batch #14? Wrath of Khan vs. The Voyage Home?
#2  Both groups spend an inordinate amount of money collecting magazines and other paraphernalia, some in the hopes of someday finding another sucker to whom they might sell the stuff.  Rare Malts Port Ellen or Leonard Nimoy’s used spock-ear prosthetics anyone?  Only $400 USD!
#1 They both wear costumes to their conventions, though lifting up a Klingon kilt isn’t nearly as scary a proposition.

Now having said this, I want to say that my experience with my fellow connoisseurs was a veritable pleasure. The crowd was well behaved, the staff was professional, and the discourse was enlightening and interesting.  If you want to call me a whisky nerd, a malt trekker, so be it. (I’d be willing to wager a bottle of Astar, Dr. Billy Lumsden is a closet trekkie.)  Nontheless, in the world of whisky there can be no higher calling than to continue our mission
to explore new malts, to seek out new aromas and flavours, to taste <pause> what no one <pause> has tasted before. (Please try to picture frequent hand motions and physical gyrations!  Didn’t Captain James McEwan say something similar to this about the Starship Bruichladdich during his online Octomore tasting recently?)

And now for a few whiskies I think the crew of the Enterprises would’ve enjoyed.

Engineer Scott:  Forty Creek Barrel Select, OB, 40%
Colour: Dark gold to amber, not unlike a Tawny port
Nose: Starts off spirity. Some subtle malty notes, oily almost metallic (characteristic of rye). Some sourish yoghurt notes, could also be perceived as yeasty. Nutty, perhaps hazelnut. Sherry can be detected alongside the bourbon notes (a good proportion of this blend is maize whisky aged in new oak, no surprise). A little toffee comes through with some sweetness and vanilla.  Palate: attack is at the front of the palate. Not as sweet as the nose might suggest. Good balance in this dram. A very mouth warming dram. Lots of vanilla, followed by some nuttiness from the malt and the sherry finish, but not too intense. Later, some choclolate and sweet citrus notes. Again a little sourness, and a hint of tinned fruit. The yoghurt pops up as well. You can also very distinctly sense the very subtle bourbon notes with the vanilla coming through.  Finish: Short to medium finishing on nuts and yoghurt.  Comments:  James Doohan (Scotty) was a Scot who emigrated to Canada.  Much like Mr. Scott, this Canadian whisky underpromises and overdelivers!  88 points on the Canadian scale, 70 points on the single malt scale.

Capt. Jean-Luc Picard :  Aberlour A’bundadh #23, 2008 60.7%
Colour: Dark Amber  Nose: Without water is very closed, sherry is dominant, some furniture polish. With water, what an evolution. First starts off on some sweet wine notes, sherry, and quite nutty (candied pecans?). Later develops into a distinct toffee note as well as some candied orange and citrus as well.  Palate: Again, very sweet with good balance on the palate. Medium to full body, with the sherry shining brightly. Raisins and allspice pop up. Later some notes of sweet leather and toffee come through. Follows through on the nose. Not too winey.  Finish: Quite long on sweet leather and nuts.  Comments: What good Frenchman could resist this malt!  85 points

Mr. Sulu :  The Yamazaki 12 yo, 43%, OB, 2007
Colour:  gold
Nose: without water, lots of organic shoe polish, flaxseed oil (linseed), incense, subtle sherry notes, a little nutty. Later some fruity floral notes pop up. With water…WOW, this one blooms! Candied fruit cake. Ripe pears and banana skins, vanilla, the organic oily stuff still there.   Palate: lots of vanilla, sweetness comes through. Poached pineapple and the pears. Finish: Firm malty note with a lingering pepperiness on the front to mid palate which lasts a surprisingly long time. Comment:  Well, the Brits used to think they were the best sailors, Mr. Sulu put that theory to rest, and the Yamazaki did the same for malt whisky.  77 points.

Dr. Leonard McCoy :   Glenfarclas, 15yo, 46% OB,2008
Colour: Deep gold, tinge of amber
Nose: Starts off with a little linseed oil, moves on to distinct nutty sherry notes. Malt comes through a little with a tiny hint of smoke. A waft of wine. Some honey, perhaps a little new sweet leather. Palate: Very well balanced. Not too much wood, leather turns to honey. Raisins and licorice. Nice and sweet, but not too much so. Nutmeg. Sweet tobacco smoke.  Finish: Long, sherry and dark spice.  Comment:  Just like the good doctor, not as well known but a real performer!  88 pts

Lt. Uhura: Johnny Walker Green Label, OB, 15 yo, 45% ABV, 2009.
Colour:  Pale gold
Nose:  Flowers and perfume followed by a hint of sherry.  Just underneath there is some peat and cereal notes.  WW:  The sherry notes really wake up with water offering up marzipan.  The banana and flowers become more intense as well as the vanilla and the perfume.  A slight note of indoor latex paint.  Palate:  Light bodied.  Attack towards the front of the palate.  Sweetness, floral notes, and even a hint of banana and sherry.  A touch of peat reek at the very end.  WW:  Some salt emerges as well as some bitterness at the back of the palate.  Finish:  on latex paint and flowery perfume.  Comments:  Soft, complex, and seductive, just like Uhura.  76 points.

Now, for some full disclosure: I have never ever worn a costume to a convention or to one of the films.  I have, however, had the pleasure of personally asking William Shatner whether he would consider NOT making anymore movies for fear he ruin the franchise (which they did); he didn’t appreciated such straight talk!

Thanks to Scott Baker for his input with the top ten list!