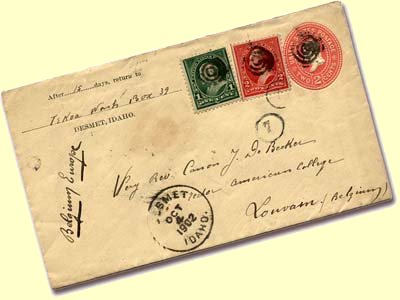 Ever since different items belonging to the same category of objects exist, be it coins, stamps, pictures of football players, Champagne tops, comics, smurfs, and indeed bottles of whisky, people have collected them, with a passion and a determination unknown to non-collectors.

Having something that only very few people own, seems to be very gratifying, although apparently this isn’t the main motive. When I asked the Belgian whiskycollectors that participated in this research if they used to collect other things, apart from one, all of them confirmed a former urge to gather stuff before they started accumulating bottles of whisky. You’re a collector first, what you’re going to collect comes next.

Many collectors would probably simply say, ‘because it’s fun’ or the more philosophical ones would state, influenced by what the great painters answer to the question why they paint, ‘because I have to’.

Freud, who else, flung open the door on the psychology of collecting, linking object fixation to the anal-retentive phase in childhood. In his view, collectors have great difficulties to ‘let things go’, a bit like a constipated child (but, hey Sigmund, sometimes a cigar is just a cigar). More modern psychoanalysts, like New Yorker Werner Muensterberger, locate the psychological basis of collecting in the child’s use of a transitional object to relieve anxiety caused by separation from its mother. In other words, ‘why do you collect?’, ‘because I miss my mummy.’ A more down to earth approach comes from a Californian psychiatrist Graeme Hanson who sees collecting as ‘a blend of acquisitiveness, intellectual curiosity, a desire to possess and organize tangible objects, the lure of immortality and a certain amount of showing off…’

Jung, the archetype-guy, would presumably state that collecting and completing sets have as their archetypal antecedents the hoarding needed for survival by early humankind. I kind of like this idea of collecting as a sort of human superstructure raised upon the foundation of a survival instinct. We collect because it’s in our genes, not just from our fathers or our fathers’ fathers, and not even our fathers’ fathers’ fathers. It goes way back to the time we used to live in caves and we collected food and clothing for the hard winter to come.
There’s definitely some truth in there, because all the Belgian collectors told me that eventually they would open the bottles in their collection, in due time… When the prehistoric winter is long and extremely hard, and supplies are petering out.

Continuing on this (phylo)genetic analogy, one could say that collecting all the bottles from one distillery refers to finding your own desired tree and trying to get all the different fruits it grows. I wonder if the Belgian collectors of Ardbeg (Geert Bero), Bruichladdich (Guy Dexters) or Glenfiddich (Bart ‘T Jampens) can relate to that? Luc Timmermans idea of collecting is to take just the special vintage berries from his Glenfarclas-bush and what to think of that other Maltmaniac, Bert Bruyneel, who used to collect Ardbeg, but because the tree was growing less appealing goodies turned to the less popular but very fine field of Benriachs. Others, like Stephan Put, don’t bet on one horse, but collect Old Pulteney as well as Ben Nevis. Mind you, they all like a good piece of fruit coming from any tree or plant (or distillery) as long as it’s exceptionally marvellous.

A kind of maverick amongst the collectors is Marc Segers, known to many a whiskylover as the man behind the shop Whiskycorner.
He’s doing two different collections, but none linked to one distillery. On the one hand he collects one bottle per vintage starting, up to now, from 1936 on, and on the other hand he tries to obtain from each distillery active past 1945 the oldest official bottle with an ABV as high as possible. Well, impossible to use my analogy on this little bugger…

Does all this make the whiskycollector asocial, a person who forms relations with objects rather than human beings, straying around their own tree? I don’t think so. This hobby, because in essence that’s still what it is, allows interaction with kindred spirits, sharing the passion, averse from social class, gender or age. But this doesn’t mean that collectors don’t have a screw loose.
The things they do for a bottle of whisky!

Stephan Put once drove to Germany, close to the Czech Republic boarder to collect 3 bottles of Old Pulteney, because the shop owner wouldn’t send them to Belgium. After half an hour he left the shop and drove back to his home town, a 17 hour whiskyshopping trip. Luc Timmermans flew to Pisa and back in one day for an exceptional bottle of Glenfarclas. But the price for the most crazy collecting behaviour goes to Geert Bero. Not only did he book the chunnel, then drove to Canterburry to get a single cask Ardbeg for Oddbins and travelled back the same day, or did he cue up for tree hours at seven in the morning in front of a whiskyshop in Stockholm, minus 5 degrees Celsius, to get one of the 36 bottles in the shop, single cask for Sweden… The most crazy story is Geert flying from Brussels Airport to Heathrow to buy six Arbeg Provenances USA and flying back with the next flight, not even leaving the tax-free zone. When I buy whisky, I take my car and drive at the most one hour, Geert Bero takes a plane. No wonder we teasingly call him Mr. Banana Fruitcake.

The drawback to this is of course that the industry has noticed this crazy behaviour and is now bringing bottles to the market that were never intended to consume but only to collect. And that is a shame, as every collector will agree.